These shaders are used to determine the surfaces properties of 3D objects. They can be attached to Scene Nodes and any scene mesh objects like Box, Sphere, etc., and the Mesh objects imported from an external model file. 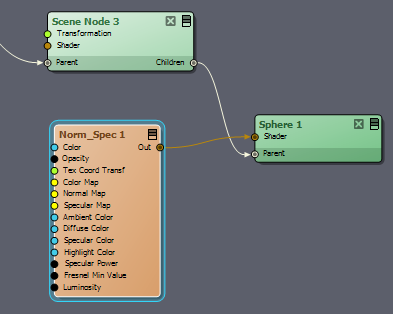 The factory material shaders are found in the [Common]:Shaders folder. Since there are plenty of them they’re further divided into a number of subfolders.

These shaders are used for custom image processing operations. They can be applied through the Custom Processor module.

The factory post-processing shaders are found in the [Common]:Shaders\Postprocess folder.

The shader names are build from short tags. These tags mostly refer to the texture types the shader can handle but can indicate other features as well.

For e.g. Norm_Refl.xshad indicates that the shader can receive a Normal Map and a Reflection Map (and also an environment cubemap).