In this tutorial, we will go through the process of importing a model to Aximmetry.

Open Aximmetry Composer and create a new compound.
Use the file browser to find your exported model. Drag-n-drop it to the flow editor:
You can use external file browser too, you can Drag-n-Drop from them as well.

This will create a new  compound in the flow editor that contains your model.

If the exported model is updated Aximmetry will automatically reimport it.

Double-click your model's compound to enter it. 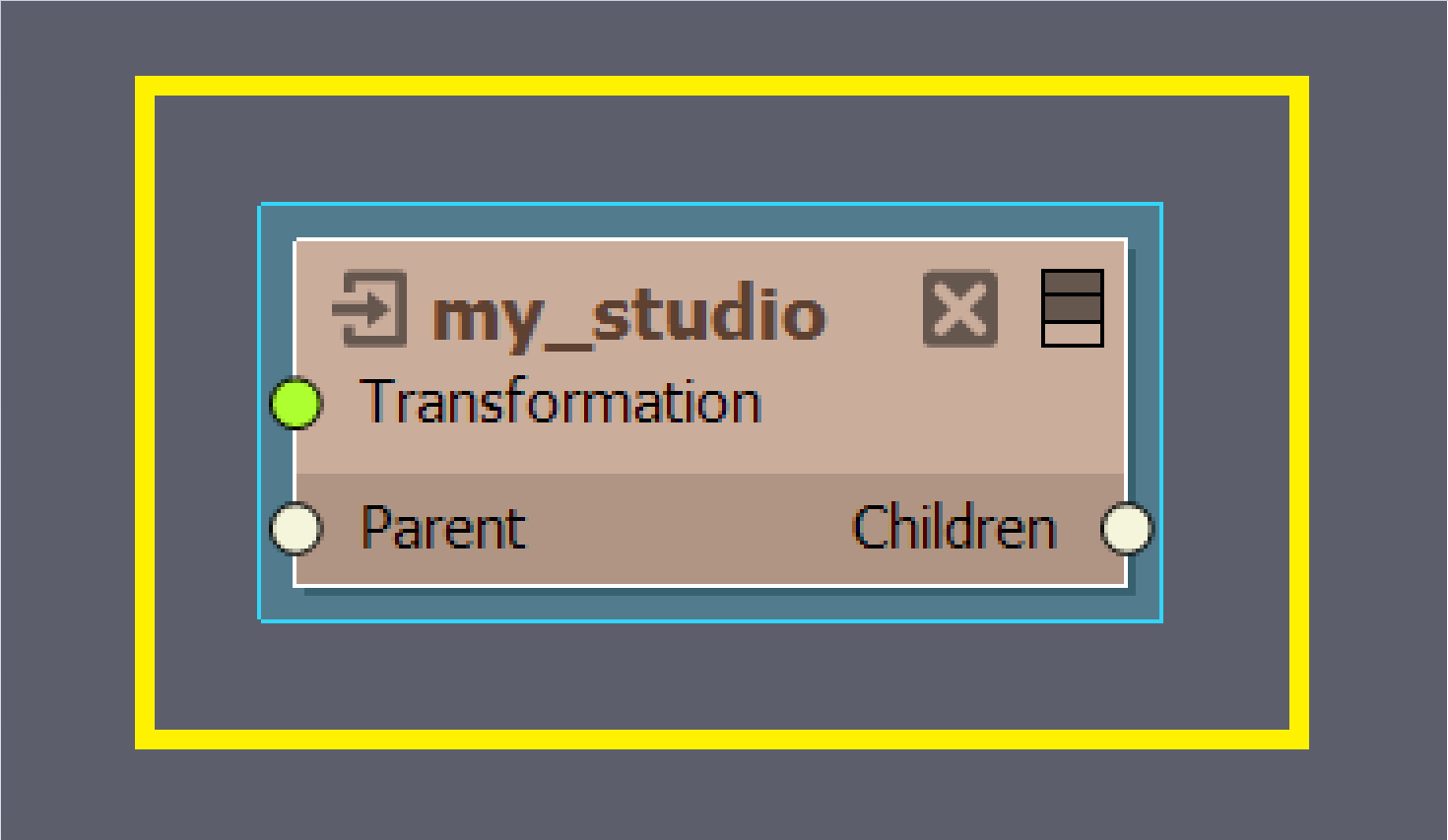 You will find the objects in a hierarchical order.
In this example, we had two separate planes each with its own material. A total of 7 objects were imported.

Shader - In computer graphics, a shader is a computer program that calculates the appropriate levels of light, darkness, and color during the rendering of a 3D scene. We can also call this Material in Aximmetry.

Mesh - Collection of vertices, edges, and faces that define the shape of the object.  If the object has more than 1 material it will have as many mesh nodes as materials.

To be able to render a scene in Aximmetry you will need some of our ready-made compounds:

Which renderer should you use?

This compound should be used with

Import the components mentioned earlier by drag-and-dropping them to the flow editor and set up the connections like so:
In this tutorial, we will be using a Virtual Camera, but the procedure is very similar with other cameras as well. 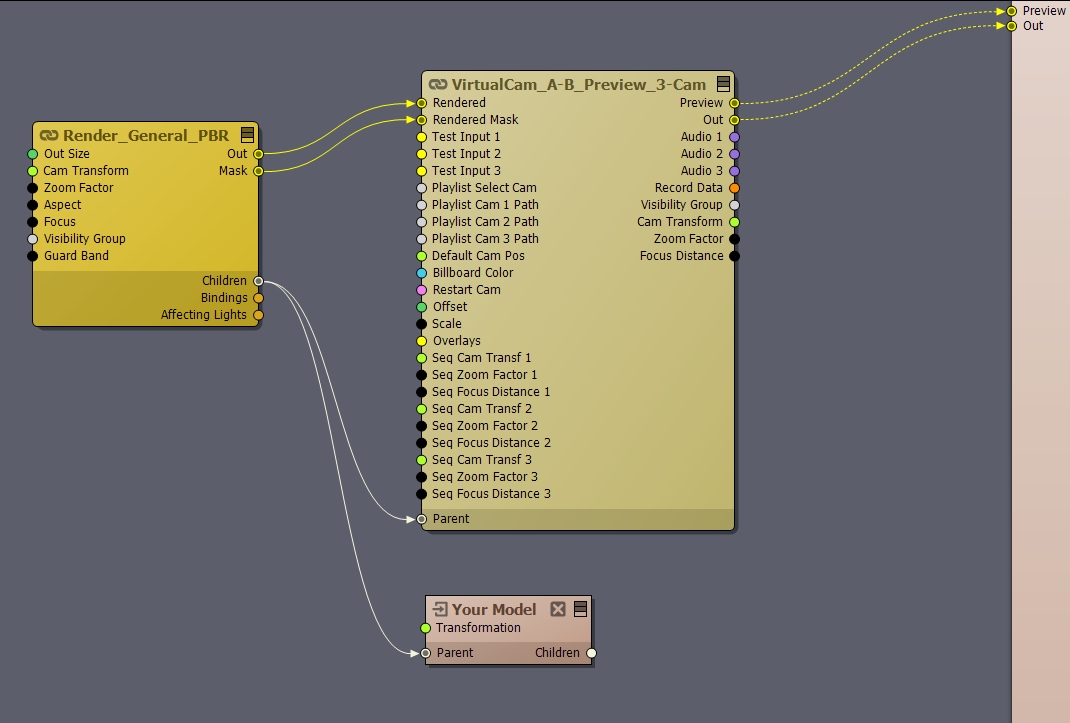 You can learn how to add camera movements and video input in these tutorials.

Currently, there is a maximum of 200 objects that can be imported from a single model to Aximmetry. This number includes the following:

This will give us 12 objects in total:
5 Scene Nodes, 4 Meshes, and 3 Materials 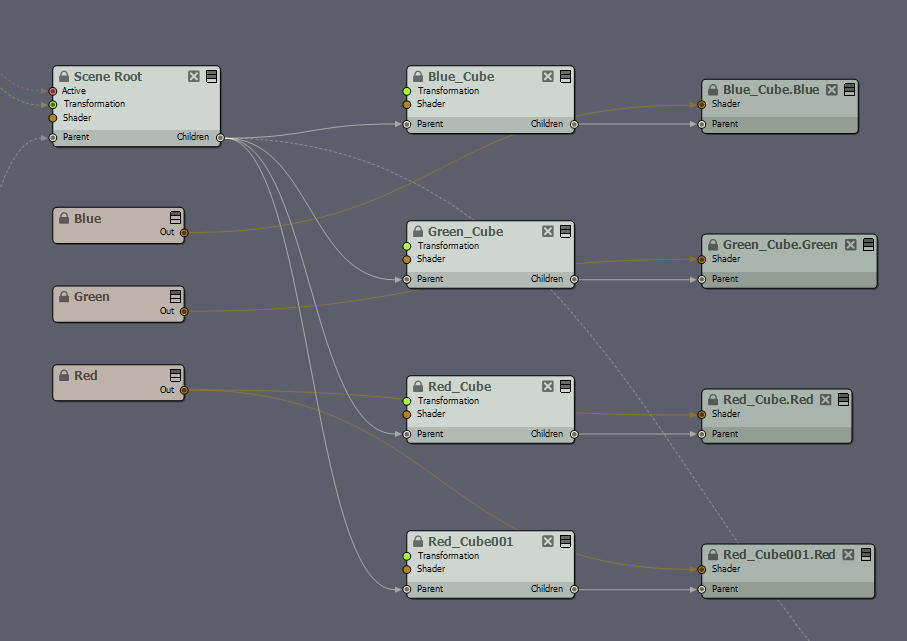 Merging objects with the same material

You can reduce these numbers by merging together meshes that use the same material thus not only reducing the object count but also making it easier to set up in Aximmetry.
Note that you need to export your model after the modifications, Aximmetry will automatically reimport it.

Sticking to our 4 cubes example, we can merge the two red cubes together in our modeling software.
We got 10 objects: 4 Scene Nodes, 3 Meshes, and 3 Materials 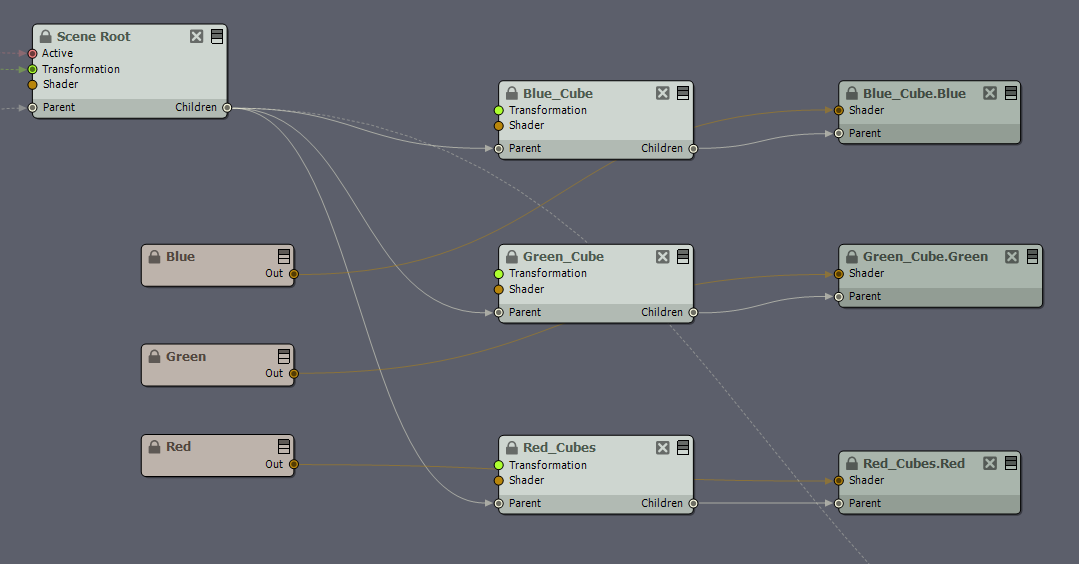 You can also merge objects with different materials together.
Note that you need to export your model after the modifications, Aximmetry will automatically reimport it.

In this case, the object will have a separate mesh component for each material. This will reduce the number of Scene Nodes thus reducing the total object count.

Sticking to our 4 cubes example, we can merge the two red cubes together with the green cube in our modeling software.
We got 9 objects: 3 Scene Nodes, 3 Meshes, and 3 Materials 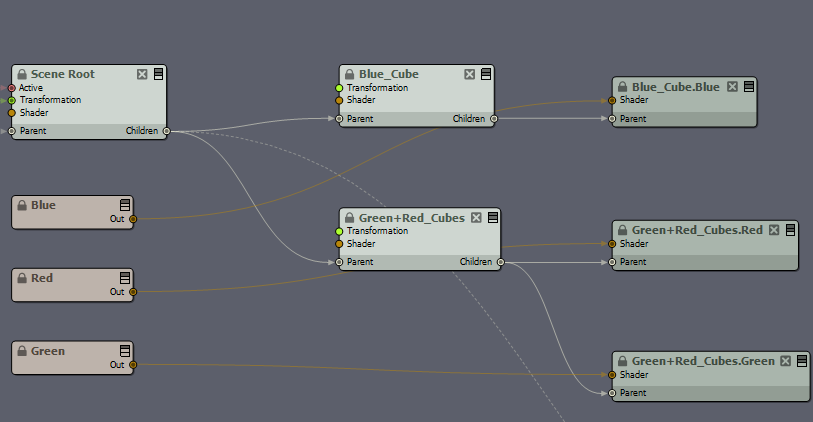 To have the least number of Objects you can create a texture atlas and use one material(with the correct UV map to separate the texture islands) for many objects.
Then you can merge all objects together into a single object.
Note that you need to export your model after the modifications, Aximmetry will automatically reimport it.

Sticking to our 4 cubes example, we can merge all cubes together in our modeling software and use 1 material with the texture atlas that we created earlier.
We got 3 objects: 1 Scene Node, 1 Mesh, and 1 Material

In our case, the texture atlas looks like this with the UV map over it: 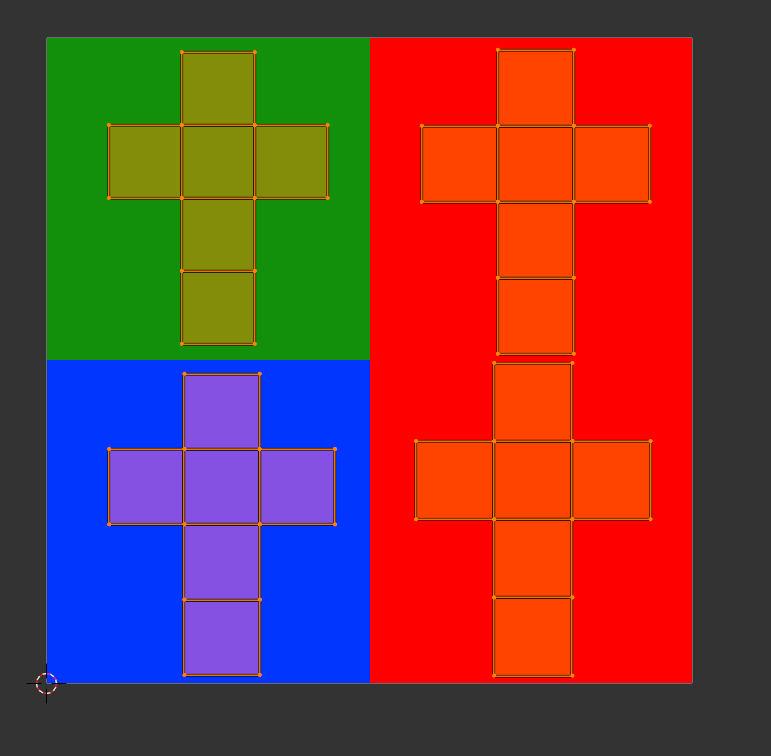 You can select what components of the model you would like to import. Right-click on your model's compound and select the Set Importer Options... menu 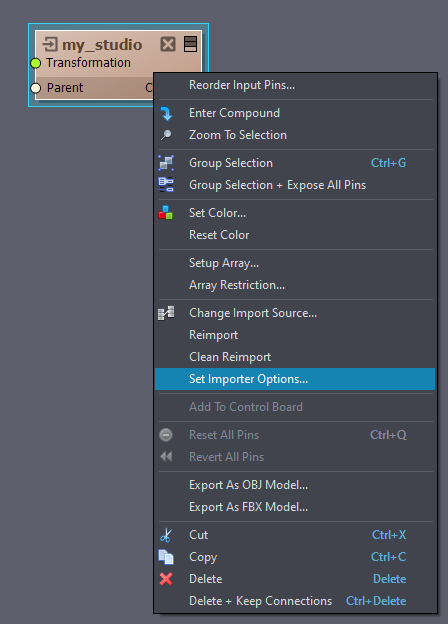 A new window will pop up. Here you can set which components you want to import
The default settings are the following: 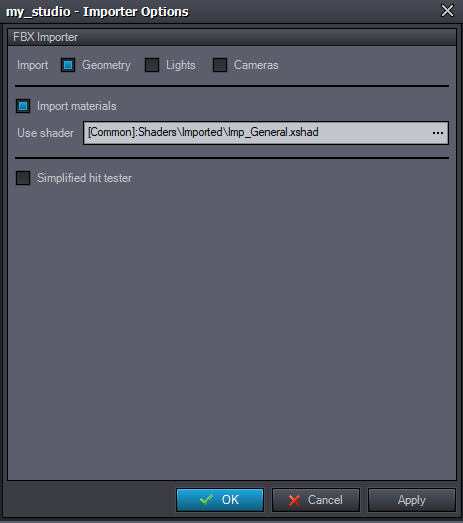 You can select which objects you would like to import:

In the next document, we will talk about setting up the materials for your model.