In this documentation, we will show you how you can set up materials/shaders inside Aximmetry.

Before we talk about setting up a shader/material it's important to clarify what a shader/material is. In Aximmetry the name shader and material are interchangeable.
In computer graphics, a shader is a computer program that calculates the appropriate levels of light, darkness, and color during the rendering of a 3D scene.

As mentioned earlier you can select which objects you would like to import from the following:

Importing Materials is tricky as each rendering engine has a different approach to shaders/materials. Aximmetry tries to set up the materials automatically,but we strongly recommend unchecking the Import materials option and setting up the materials by hand.

To use a different shader than what is automatically imported you should right-click on the model's compound then click on Set Importer Options... menu and turn off the Import Materials option. 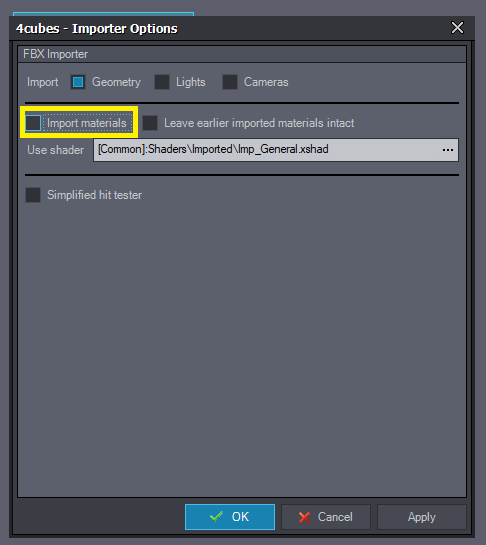 Then click OK.
We advise you to do so because the automatic shaders are limited in functions and you will get much better results this way. We can replace these shaders with a proper shader that allows us to use the full potential of the render engine.

When unchecking this option Aximmetry will reimport your model and remove the shaders that are automatically imported: 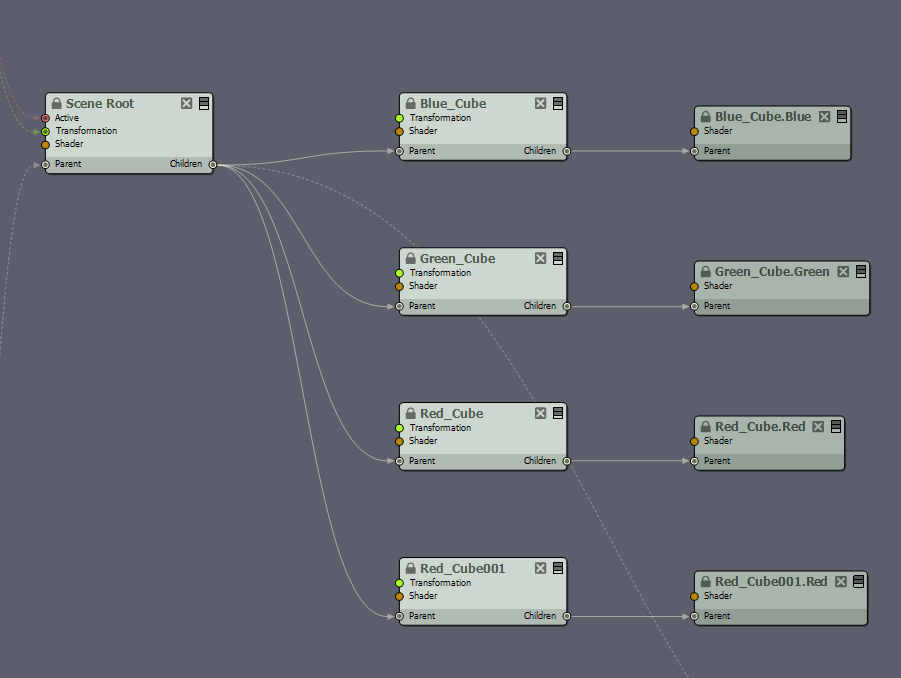 Your model will have a grid texture applied to it and you can add any Aximmetry shader to them:

Aximmetry has many shaders you can use, they are found at Projects\Common\Shaders 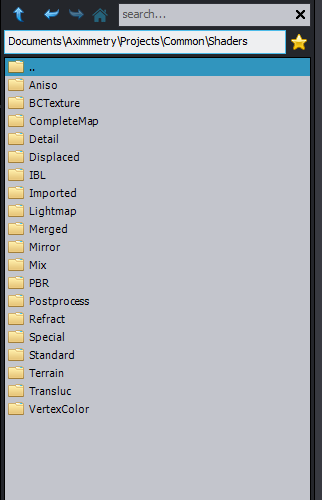 Which shader to use

In Aximmetry each shader is named after what unique functions they offer.
For example:

What you should do is see what textures and parameters you have used in your modeling/texturing software and look for a shader that allows you to use those in Aximmetry.

is the most simple shader we have, it is a self-illumination shader no light or shadow affects it. You can use this for emissive objects if you do not want reflection and shadows on them.
- you can change its color, intensity, and opacity

allows you to use a normal map. It is affected by lights and shadows. This shader requires dynamic lights to be able to see the objects they are applied to.

It is our most commonly used shader. It uses PBR textures with lightmap for diffuse, and specular env map for specular highlights.
This shade requires a lightmap plus specular env map, and/or Dynamic lights to be able to see the objects they are applied to.

In general, we recommend to use PBR shaders to get the most realistic results possible.
In this documentation, we will show you how you can use PBR shaders.

When you find the shader that you wish to use you simply drag and drop it into the flow editor.
As mentioned here each different material has a separate mesh node. You should connect it to the material like so:

I am using [Common]:Shaders\Standard\Flat.xshad to show you how to set up shaders inside Aximmetry. 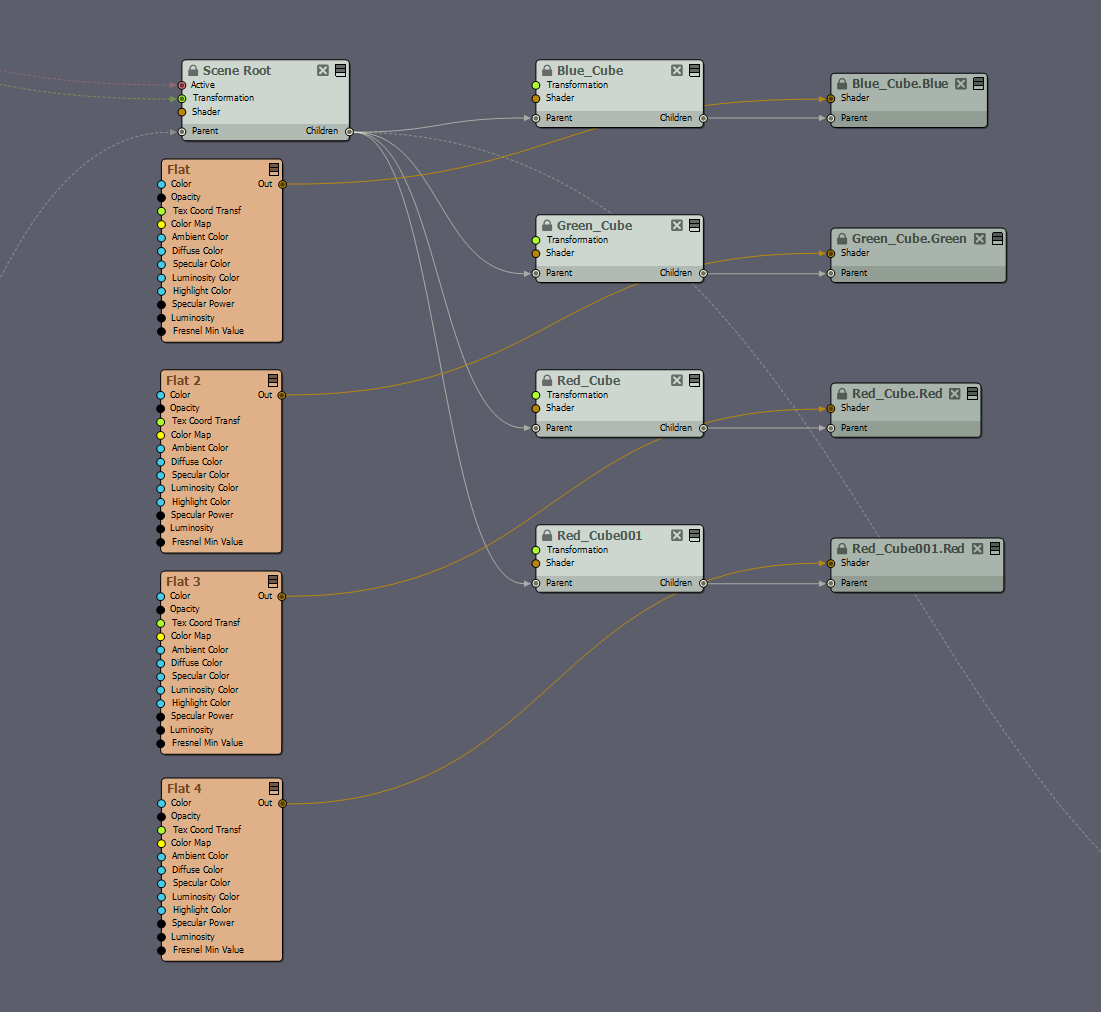 Adding a texture to the shader

You have 3 different ways to import the texture.
Note that we are only using Flat.xshad shader as an example, the process is the same for all shaders and all of their inputs.

Drop the texture on the pin

You can drag and drop any texture on top of the corresponding input pin: 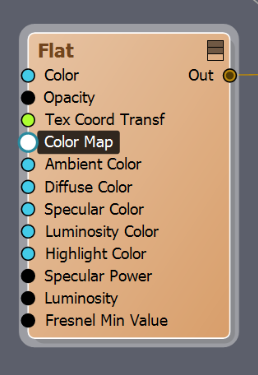 Select the shader that you wish to add the texture to then Click on the three dots in the shader's property editor: 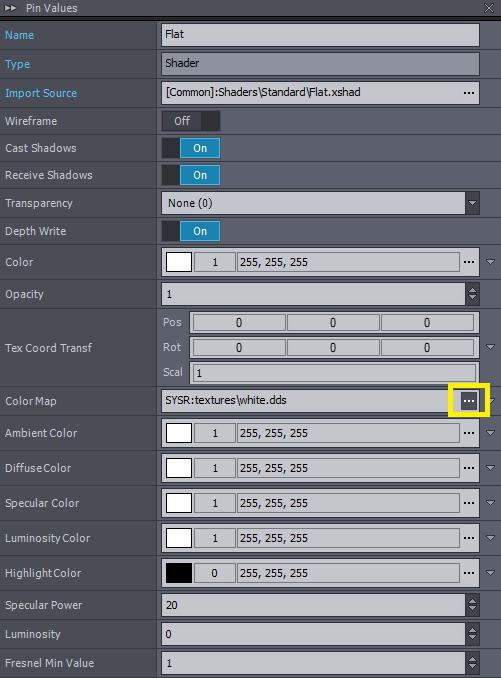 And use the file browser to select the desired file.

Connect the texture in the flow editor

Or simply by dropping it into the flow editor and connecting it like this: 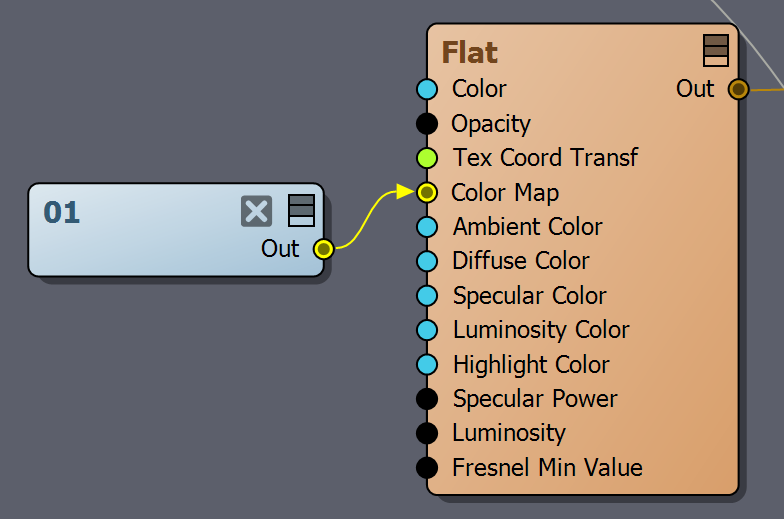 In the next documentation, we will talk about PBR shaders.