Before going any further we suggest unlinking the Compound:
You can read more about compounds here. 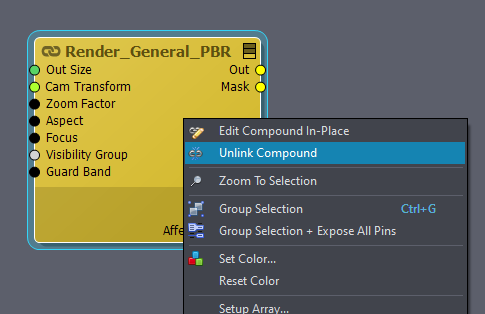 This will ensure that any change you make will not be saved into the original compound.
Once unlinked, you can enter it by double-clicking on it.
Post-Process effects can be found on the right of the Camera 1 module.

Aliasing is a visual artifact that usually happens on the edges of the models making them look zig-zagy like this: 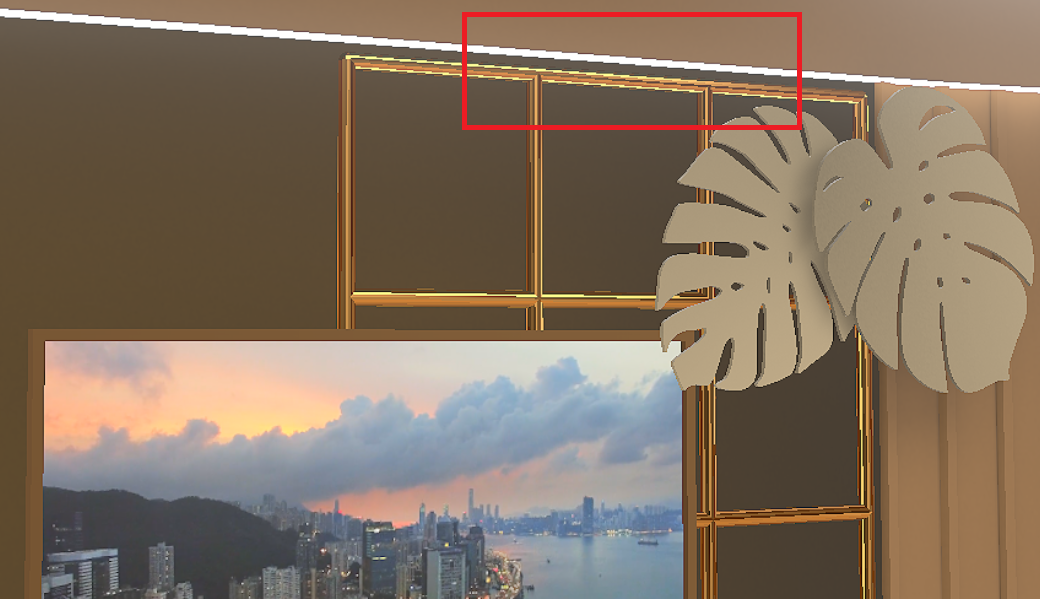 We offer 3 different antialising algorithms, MSAA, SMAA and TXAA, you can use them separately or combined but always keep in mind that these effects are not cheap performance-wise.

MSAA can be set in the Camera 1 node's property editor:

You can set it to None,2x,4x, and 8x. We suggest not going for over 4x unless it is very necessary.

SMAA can be set in the Antialiser node's property editor

You can change it's:

TXAA can be set in the TX Antialiser GW node, we reckon the default settings are good but you can always play around with it.
Uses the NVidia TXAA method to reduce not only the jagged edges of the objects but the aliasing caused by the motion of the image.

Can be used to make the rendered image sharper, it can also reduce the blurriness caused by TXAA

We offer our own Ambient Occlusion effect as well as Ambient Occlusion GW which is created by Nvidia. Both serve the same purpose to create an AO/contact shadow where objects are close to each other or in tight spaces.
They offer a few parameters to fine-tune the AO effects.

Tone Mapping is the process of converting a High Dynamic Range color to a lower Dynamic Range, in our case we convert a full HDR image to an SDR image.
On top of that, we also use this node to adjust the Exposure of the scene allowing us to make it overall brighter or darker, however, we suggest adjusting the lighting in your 3D modeling software.
You can use the White Luminance property to increase or decrease the bright parts of the scene.

Tone Mapper can also be used to generate Bloom, Streak, or Ghost effect.

Bloom effect is called Glares in Aximmetry this effect is a camera artifact that is present around very bright objects that cause the light to go beyond the borders of the object.
In the following gif, we are turning this on and off.
The image to the right shows the current settings for this effect. 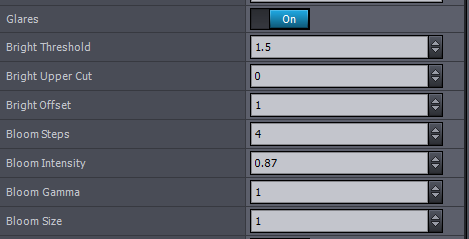 Streaks are unique characteristics of lenses and are widely used in films.
For Streaks to work you need to turn on Glares as well.
The image to the right shows the current settings for this effect. 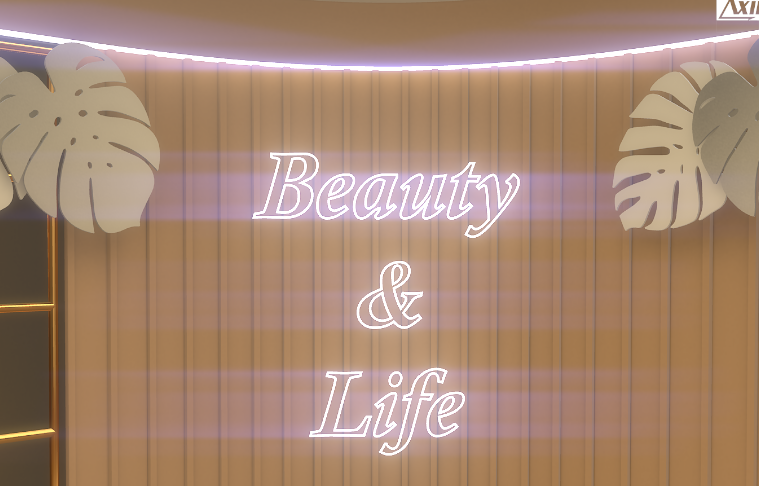 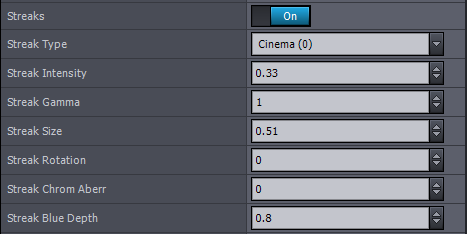 You can change their:

Ghosting is a camera artifact that is caused by strong light sources that are reflected from the camera's lens.
For Ghosts to work you need to turn on Glares as well.
The image to the right shows the current settings for this effect. 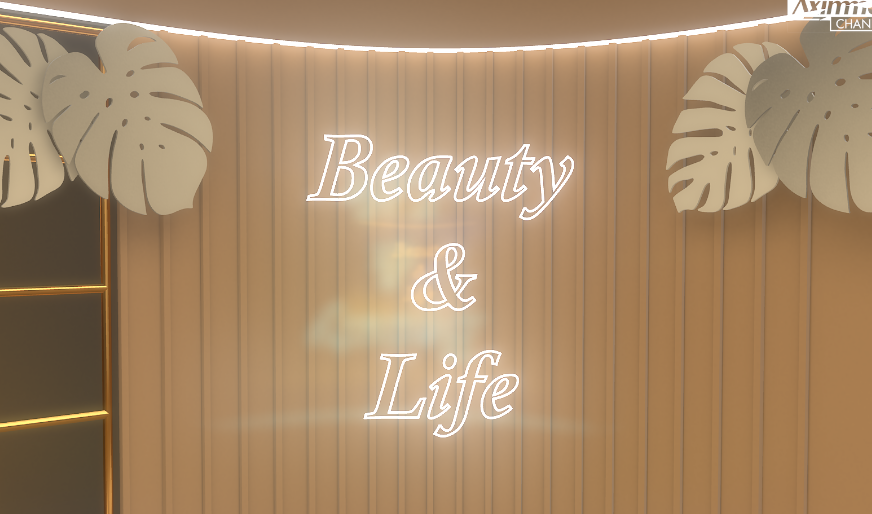 You can set its Intensity and Gamma.

In short, depth of field can be described as the distance between the closest and the furthest parts of the image that are in focus.

We have two DoF modules:

The blurred part in the front can be adjusted using the Fore Near and Fore Far parameters. The difference between them sets how sharp the transition is between the sharp and the blurred parts.

The blurred part in the back can be adjusted using the Back Near and Back Far parameters. The difference between them sets how sharp the transition is between the sharp and the blurred parts.

The Sharp part is between the Fore Far and the Back Near parameters.

You can adjust the blur amount with the Amount property and set the quality with the Blur Quality property.

Depth of Field GW algorithm is created by Nvidia.

You can adjust it with the following settings:

By default, this module is not present in the Render compounds but you can always add it from: [Common]:Compounds\Effects\Diffusion.xcomp

This effect adds a bit softer look to the scene. You can change its Depth and Strength.
The image to the right shows the current settings for this effect.

You can use this module to add a volumetric fog effect to your scene:
The image to the right shows the current settings for this effect. 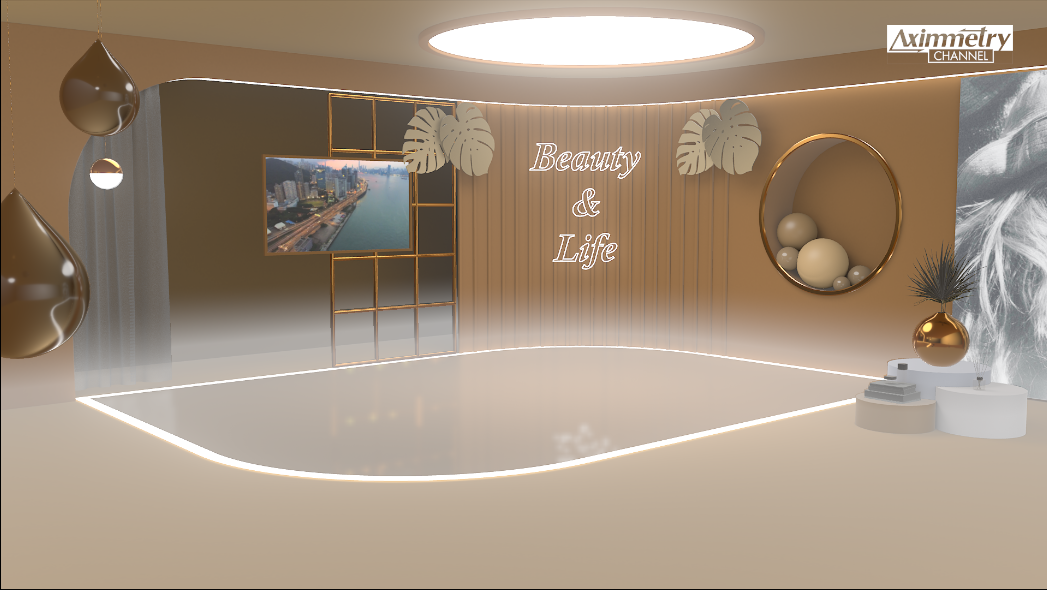 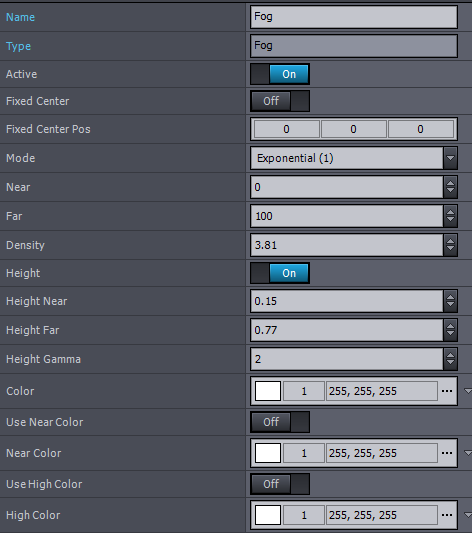 There are some parameters that you can change to customize the fog effect: