Aximmetry allows for the use of more than 1 PC per project. This is not just useful, but in some cases, necessary.
Real-time 3D rendering is one of the most hardware-intensive tasks. Even the most powerful graphics cards can struggle to render some complex 3D scenes at a constant frame rate, and the higher the targeted resolution and frame rate are the more challenging the task gets. Rendering a scene from two angles simultaneously means having to have two instances of that scene rendered by a single GPU, which is not achievable because of the mentioned hardware limitations and also because of software limitations. Currently, no software used for virtual production is capable of achieving multiple-output rendering without at best compromises including Unreal Engine. Our team at Aximmetry is working hard on finding a solution for this limitation on our native rendering engine.

The system architecture makes it very easy even for large studio environments to access, control, troubleshoot, edit, and set up virtual production projects over several studios and computers.

You can learn more about the Multi-Machine setup process here.
And the setup for large studio environments here.

When you have multiple virtual cameras (Main Camera, Wide Camera, and Zoomed Camera), and you need more than 1 camera's output at the same time, each machine renders the scene from each virtual camera.

The control machine can be used to only control the renderers 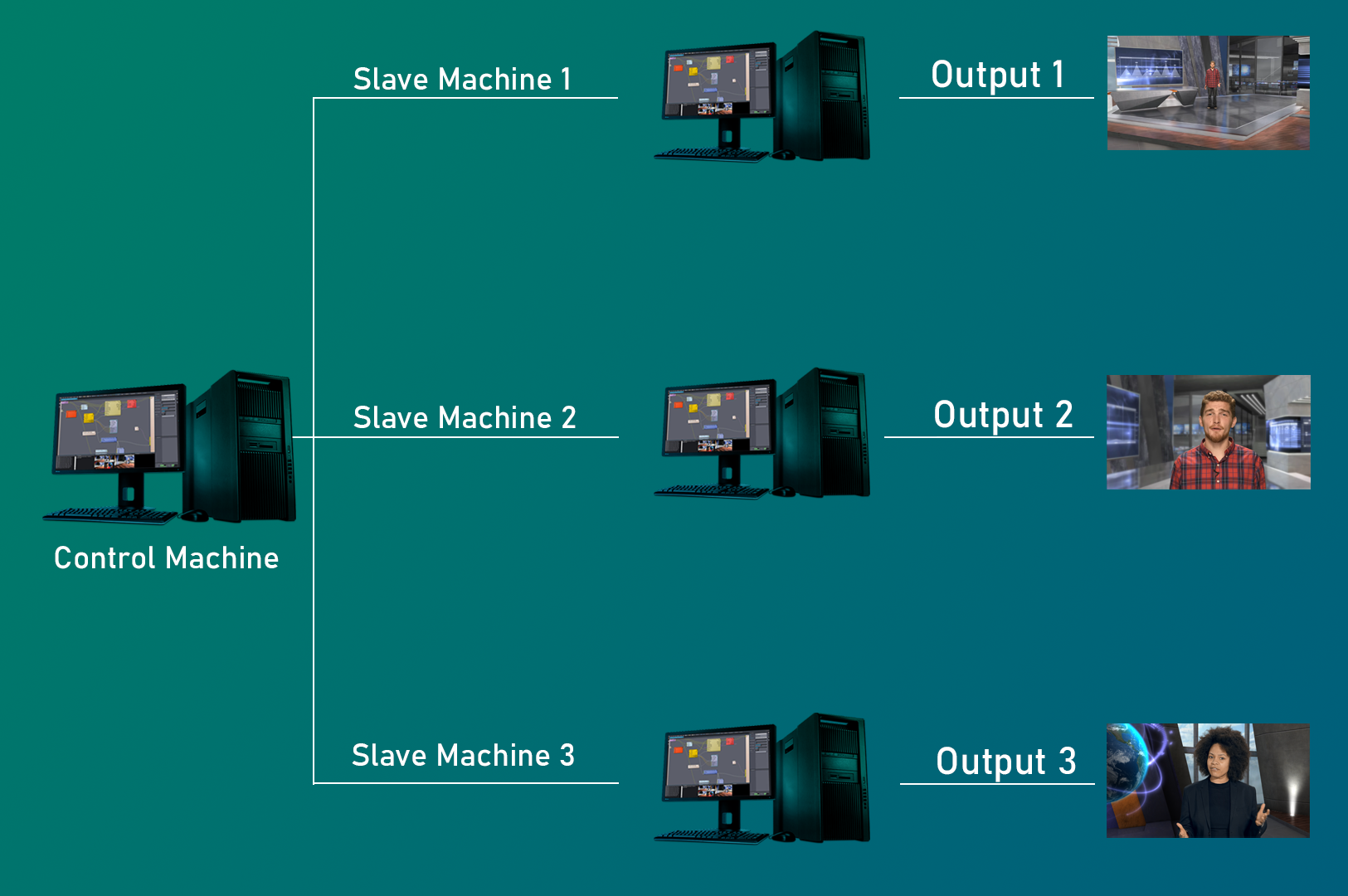 Or to render output and control the renderers at the same time. 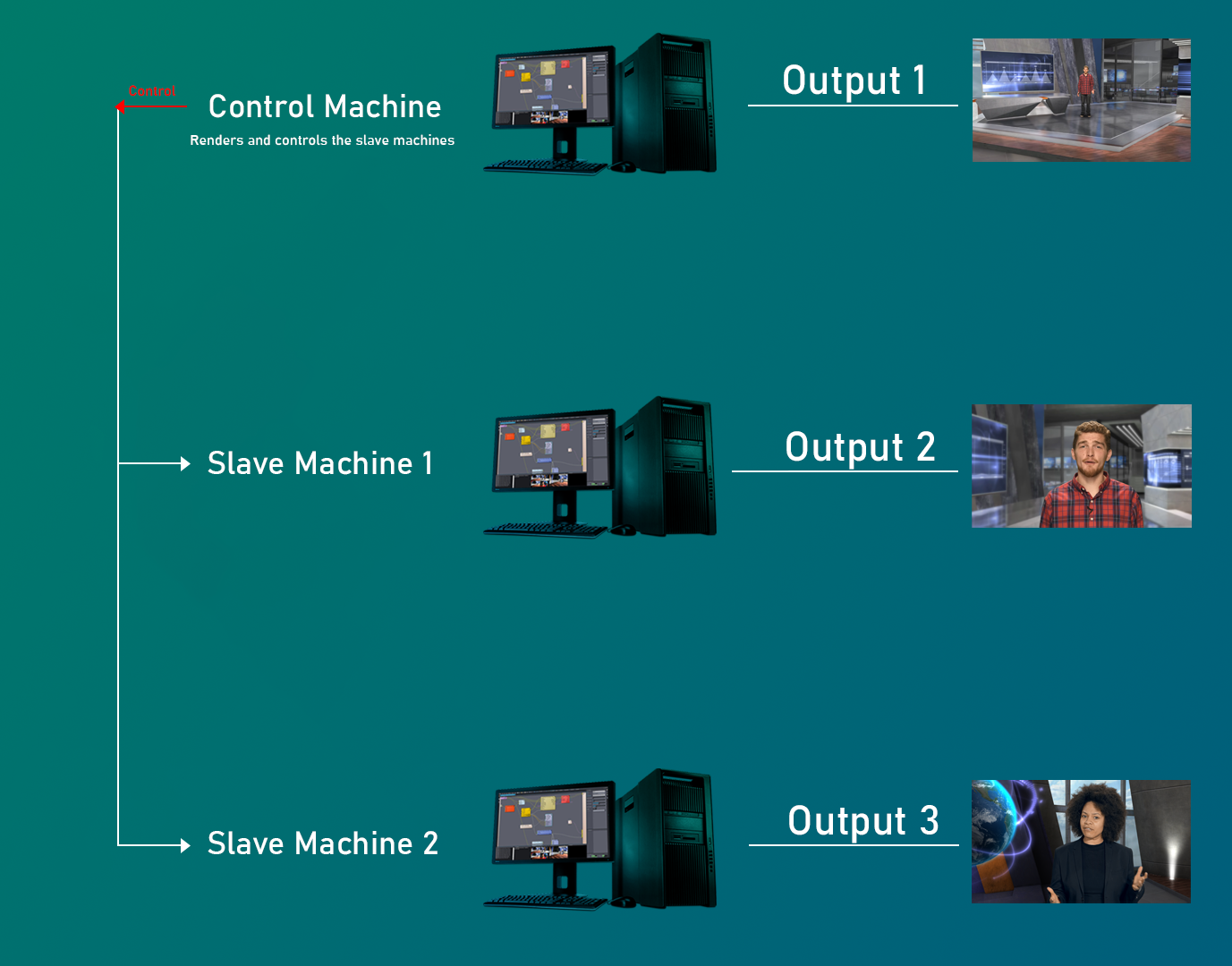 LED-wall production, when the overall resolution of the LED walls is more than 4K

When a single machine setup is not enough to render/process the whole project.

One of the common examples is Led Wall production, depending on the number of slices and the resolutions of each slice of your wall, you might find that a single PC is not enough to render all the content to all the screens without running into performance issues. For example, a 3 Walls setup where each one is displaying in 4K or 8K, meaning a single machine will have to render in 12K or 24K which is not feasible using today's GPUs. Also, a multi-machine setup will also be needed, if you don't have as many video outputs on your video card (or cards) as the total number of slices you need. You can learn more about the LED Wall setup process here. 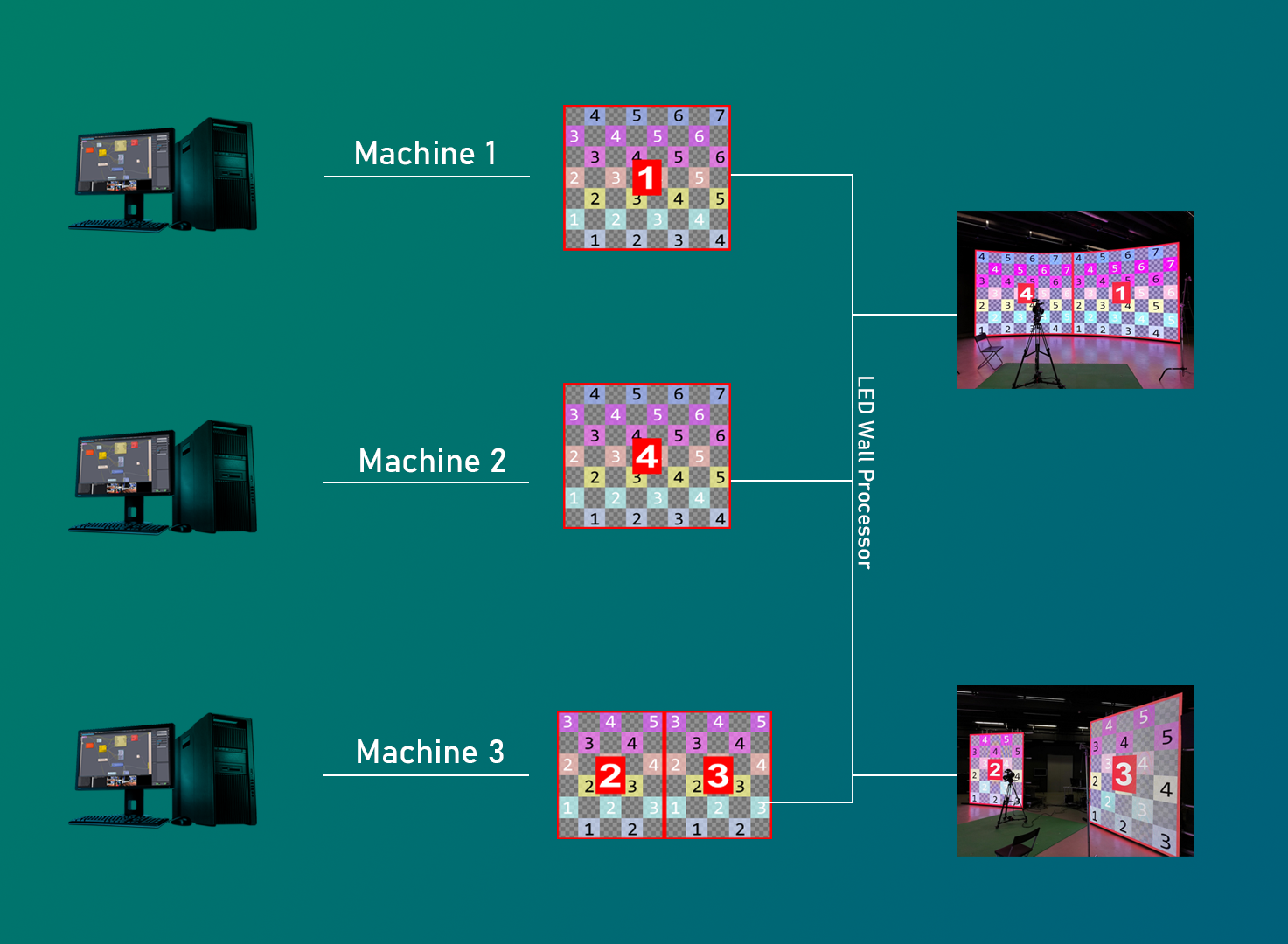 For example, during a live show, the last thing you want to happen is for your machine to crash causing the rendering to stop. To avoid this scenario, you can either set up identical machines rendering the same content, or you can set up a multi-machine configuration where a control machine (a machine that controls what the other machines will render) can take the rendering responsibility from a slave machine in case of a crash or failure. You can learn more about machine redundancy here. 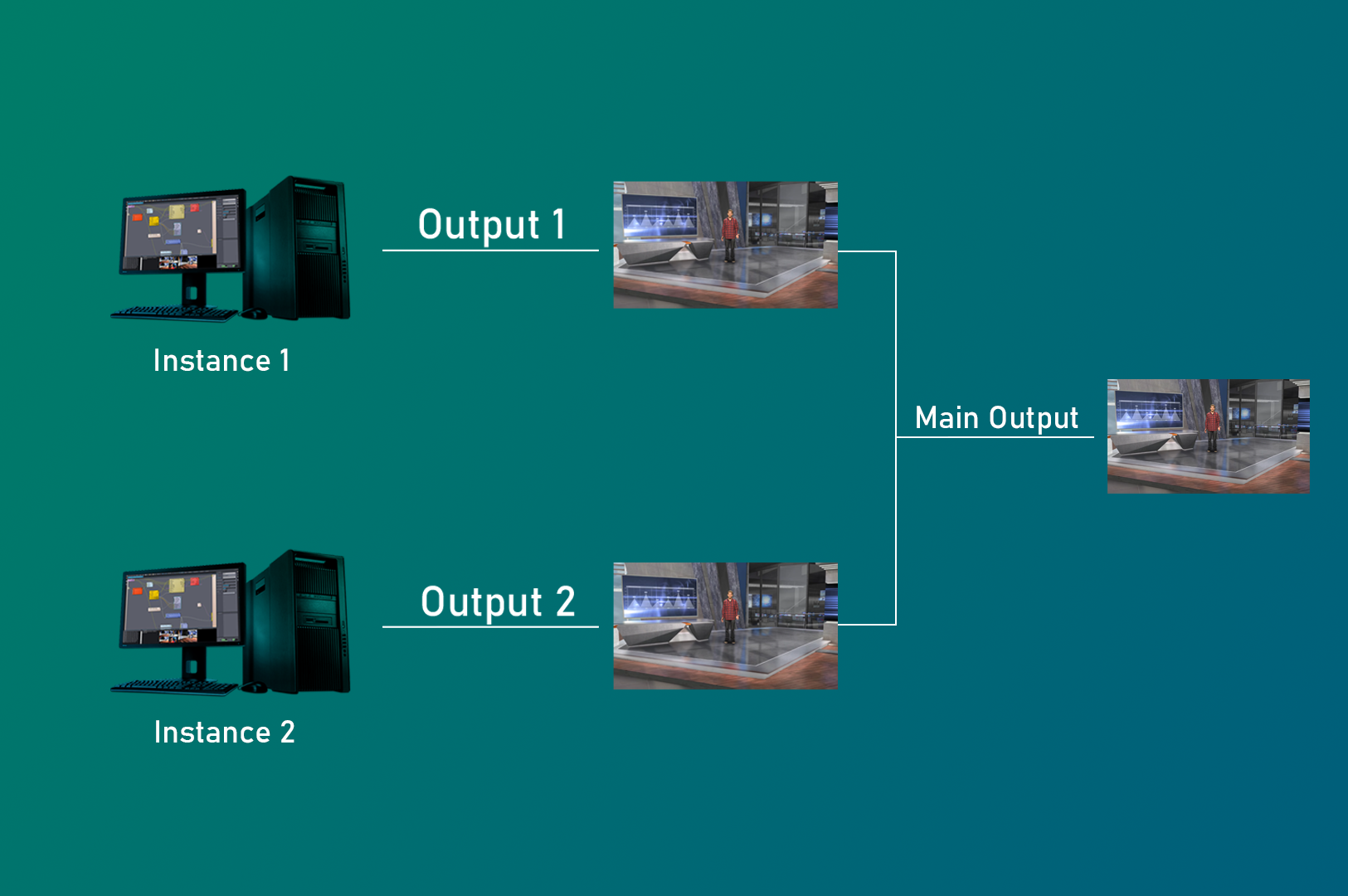 This allows the user to see different camera views at the same time in one place, however, multiple full-quality outputs are not supported by either Aximmetry SE or Aximmetry DE.

Matrix view displays the full preview for all cameras (in a reduced resolution and with minor rendering compromises) when using the Aximmetry SE.
With Aximmetry DE, running on Unreal engine you'll only see the talents without the background for the inactive cameras.